Arsenal target Sandro Tonali has squashed hopes of a Premier League move by saying he ‘joined AC Milan at the right moment’ and is keen to stay.

Tonali also mentioned a tattoo that is likely to endear him to Rossoneri fans, as it takes a not-so-subtle dig at the club’s local rivals.

Speaking to Sette Magazine, Tonali said: ‘I want to show them my new tattoo. There’s written impossible, but with a red line cancelling the letters I and M. Nothing is impossible, this is my message.’ 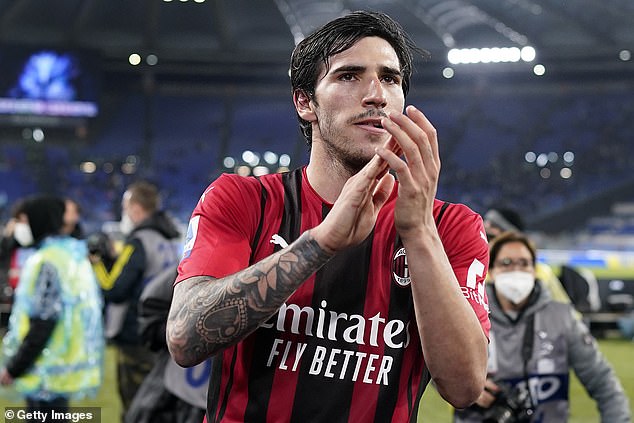 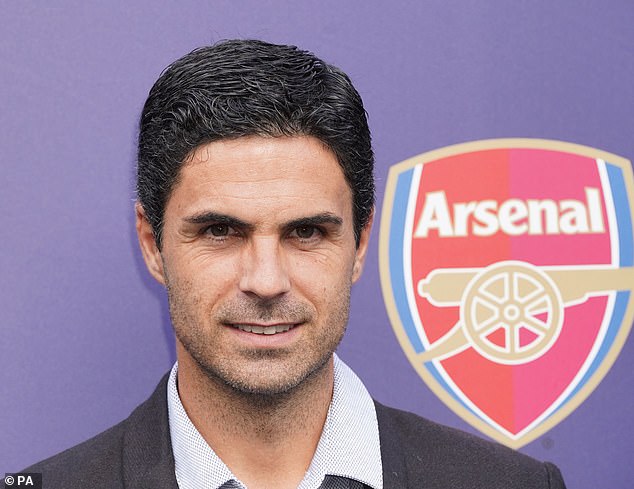 The 22-year-old initially arrived at the San Siro on loan from Brescia before joining permanently at the start of last season.

The midfielder also spoke of his commitment to AC Milan and his dedication to staying at the club. He said: ‘[Joining AC Milan] was the right thing to do and my development has been a natural consequence.

‘Being in a team permanently is not like being out on loan. It’s a detail that alone counts little, but makes the difference by adding other factors.

‘If you play badly while on loan, you can be worried the club won’t sign you. I joined Milan at the right moment and I want to stay.’ 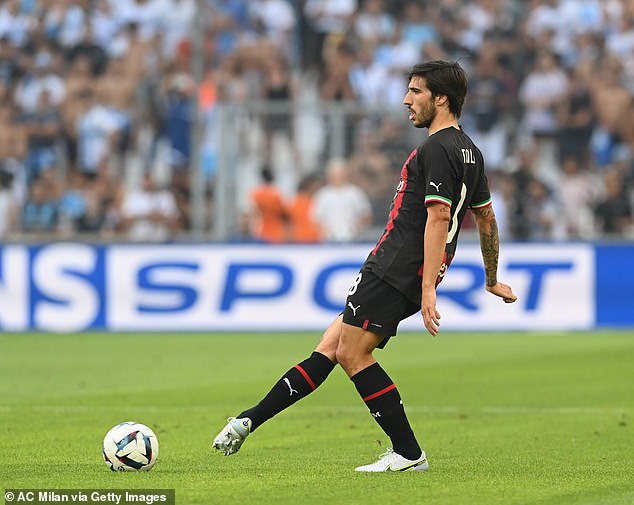 According to reports in Football Italia, Milan is Tonali’s boyhood club, and he accepted a pay cut to stay at the club after his loan ended.

Mikel Arteta’s Arsenal have been rumoured to be in talks over a £40 million move for the Italy international, but his comments today appear to rubbish this.

Tonali went on to touch on his side’s success last season. He said: ‘We are alone with our fans, we are not concerned by the things the others say, like last season. We can’t change what people think, it makes us reflect, but we are not bothered.’

‘After Giroud’s brace in the derby, we understood that we were there. A mistake from Inter was enough, but we had to be strong mentally. It was hard to play the last five games knowing we only had a result.’

Champions League fixtures this week: How to watch, biggest matches and predictions