By Charlie Woollard For Mail On Sunday

David Moyes has warned against expectation that new striker Gianluca Scamacca will make an instant impact at West Ham — because he isn’t even guaranteed a start.

Moyes forked out £35million to snap up the 6ft 4in forward from Serie A outfit Sassuolo.

But the Hammers‘ boss has been so impressed with Michail Antonio leading the line that he’s reluctant to ditch that tactic. 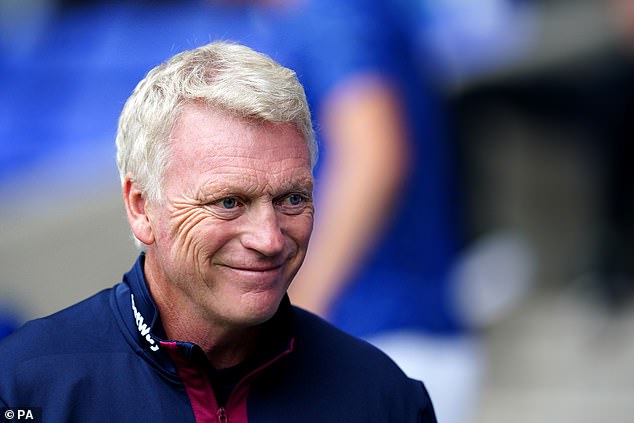 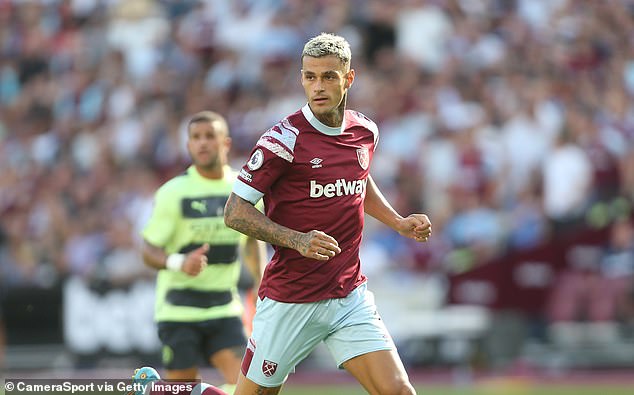 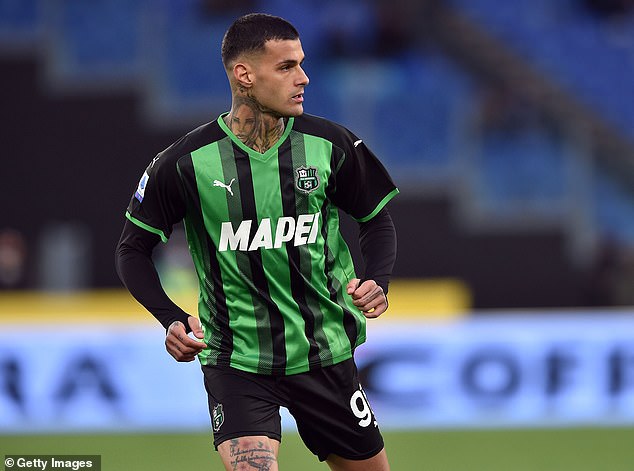 Antonio, who has scored ten goals in each of the three seasons since Marko Arnautovic left the club, started up front in last Sunday’s 2-0 defeat by Manchester City and can expect to take the No 9 role once again at Nottingham Forest on Sunday.

‘He’s been a revelation,’ Moyes said of Antonio. ‘When I came back we moved Marko on. We didn’t have a centre forward. I think Micky has been a revelation the last couple of years. He’s been so good for us and it’s not easy to find someone to challenge or be better than Michail.’ Moyes’ reliance on Antonio last season was evident, as the striker played 48 out of a possible 56 games for the Hammers.

That means Scamacca could be kicking his heels for a while — though Moyes is happy to be patient with the Italy international. 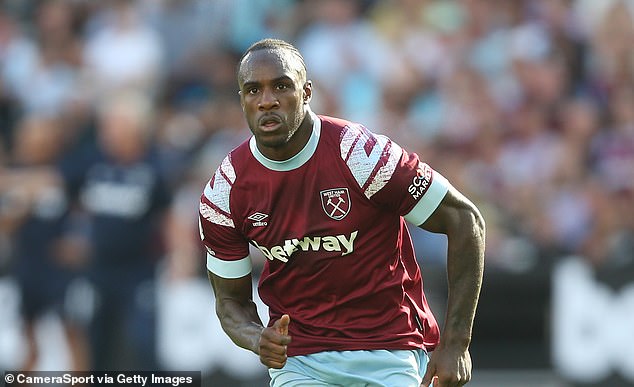 ‘He’s been very pleasant to work with so far,’ said the Scot. ‘He speaks good English and the first thing you notice is he has a big stature about him. Very technically gifted and likes to receive the ball into space and links up play well.

‘His finishing looks good. But if we played him instead of Michail we’re talking about two different strikers and that has an impact on how we play.

‘It’s going to take time for all this to work together but I’ve been impressed so far.’