Lingard left Manchester United this summer after more than a decade at the club and joined Forest on a lucrative one-year deal – worth nearly £200,000 a week – with West Ham also having vied for his signature.

The former United player enjoyed an enormously successful loan spell at West Ham for the second half of the 2020-21 season, almost playing himself into England’s squad for that summer’s European Championship. 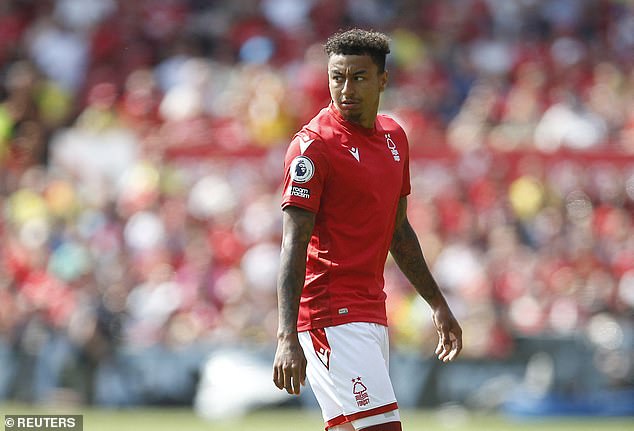 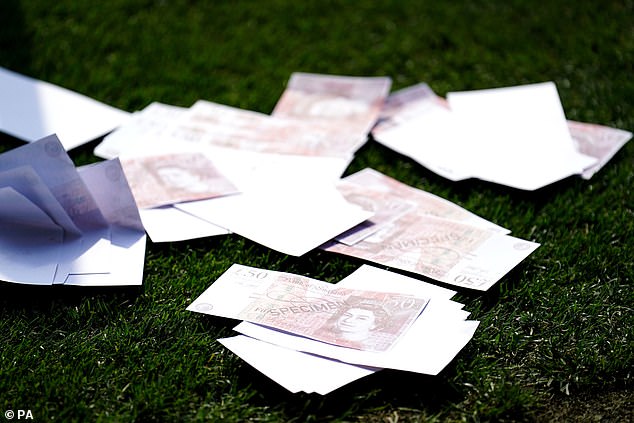 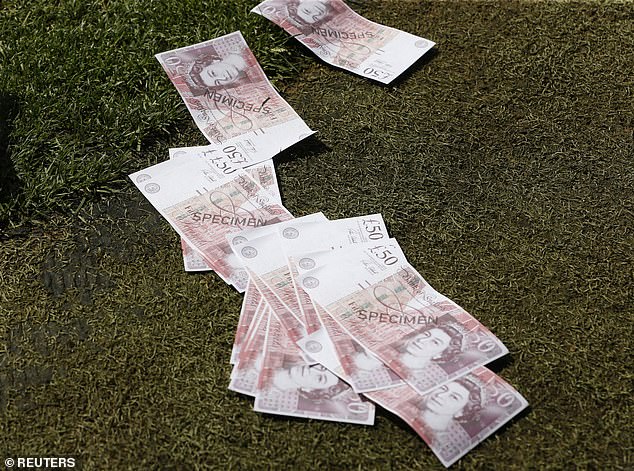 It comes as a result of Lingard joining Forest on a one-year deal worth nearly £200,000 a week

West Ham supporters were extremely hurt by Lingard’s decision not to rejoin them this summer on a permanent basis and as such planned something of a demonstration against him at the City Ground on Sunday afternoon.

Expressing their fury at Lingard for joining Forest, West Ham fans threw fake £50 notes at the player. The demonstration was organised by a fan page called Whucentre.

Back in July, they shared a screenshot from Amazon, detailing exactly how much the ‘prop money’ costs and wrote the accompanying caption: ‘Anyone else going to Forest away… you know what to do’. 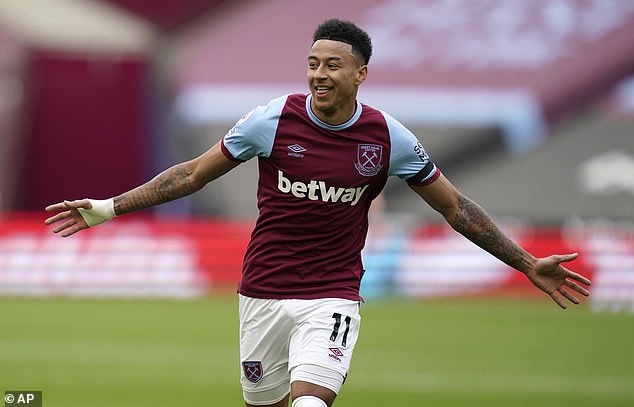 Whucentre shared a screenshot detailing exactly how much the ‘prop money’ costs and wrote the accompanying caption: ‘Anyone else going to Forest away… you know what to do’

Lingard is one of 14 players signed by Forest this summer with the club spending over £100m to back manager Steve Cooper in their first season in the Premier League since 1998-99.

The club were able to blow multiple others including West Ham out of the water with their lucrative offer to the 29-year-old.

The former United player has received criticism from pundits as well as West Ham fans for his decision to join the Midlands club. 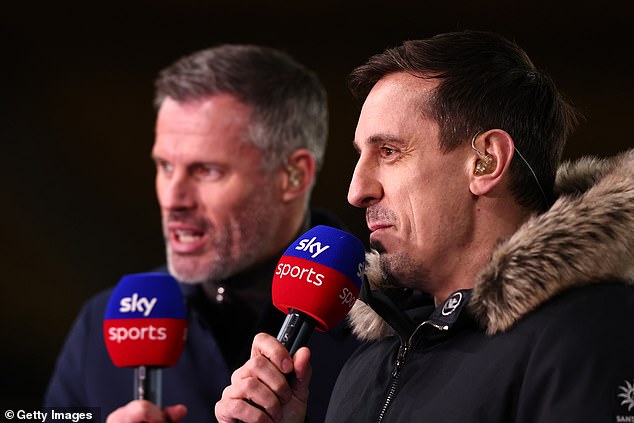 Jamie Carragher said on the latest Overlap Fan Debate: ‘He went there for the money. I love Nottingham Forest, that they are back [in the Premier League], but if any footballer is picking Nottingham Forest right now, before West Ham and what they’ve done in the last two or three years, they’ve obviously gone there for a few quid.’

Gary Neville added: ‘Jesse could have been clever. Reputationally, he’s taken a hit. He could have signed a two-year deal where he leaves at the end of the season, if they go down, for free.’

Lingard, however, has responded to the criticism levelled at his decision claiming that he turned down ‘life-changing’ offers from abroad to move to Forest.

‘I could’ve gone abroad for a lot more money, life changing money,’ he told Soccer AM. ‘For me it’s nonsense, I don’t like to read into a lot of stuff too much, it was my decision.

‘The owners were very strong in their approach and went overboard and when I saw that kind of appreciation it’s hard to say no. I WhatsApp them and it’s like a family.

‘They’ve showed me so much love getting here in the first place and that was one of the most importance factors.’