The most expensive thing the comedian Cleo Rocos ever purchased was the freedom of hundreds of trapped wild birds at a market in Bali.

Rocos, who famously starred alongside Kenny Everett in the Kenny Everett TV show in the 1980s, also reveals she had to go on Celebrity Big Brother in order to pay an unexpectedly large tax bill.

In 2012, she set up her own tequila business, AquaRiva Tequila, which she says was the best financial decision she has ever made.

Now 57, she spoke to Donna Ferguson from her home in London’s Canary Wharf, which she rents with her ‘fabulous’ elderly mother. 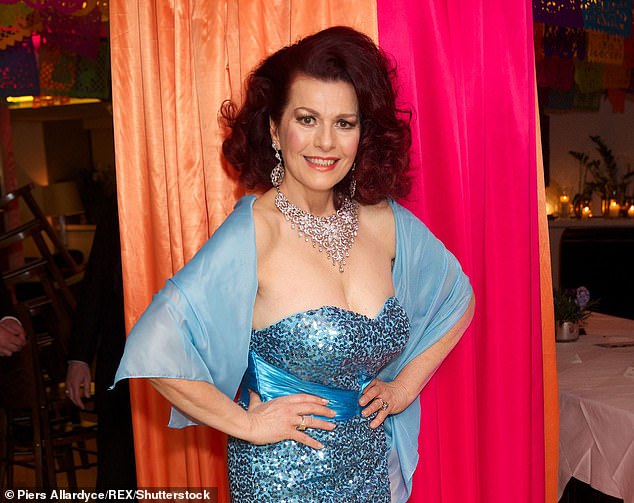 All in the best possible taste: Cleo Rocos

What did your parents teach you about money?

That having it wasn’t everything. It was good to have, and should be respected, but being happy and having an interesting and eventful life was more important.

My father was in shipping and we travelled a lot. My mother worked in the Foreign Office when she was young but gave up her job to stay at home with her children. Money was never discussed and I was never really even aware of it. We were like the Durrells, a comfortable middle-class family.

What was the first paid work you ever did as an actress?

When I was 14, I got a small part in the film The Rutles, a fabulous spoof on The Beatles with Eric Idle. I looked a lot older than my age so I got paid £100 to play a girlfriend watching the band perform. I had to sit on a rooftop and look cool. I loved it.

Have you ever struggled to make ends meet?

Yes, for about six months when I was 22. I had gone to LA to make a film. But after I got there, it was delayed and then it fizzled out. I had no work, no money and no car but some friends invited me to stay with them, so I did.

One evening, I went out for dinner and when I came back, my friends had gone away for a few days. I had nowhere else to stay so I climbed up on to the roof of their building in an evening dress and high heels, and slept there for a couple of nights, until my friends came home.

I had to share the roof with a pregnant raccoon, which was quite unnerving. It made me realise how quickly you can find yourself in quite an extreme situation.

Have you ever been paid silly money?

Yes, for personal appearances with Kenny Everett in the 1980s. We’d get paid £10,000 each to turn up and say a few words. That was a lot of money back then and it would only take about half an hour. The 1980s was the best decade of my life, financially, and it was the most enjoyable. 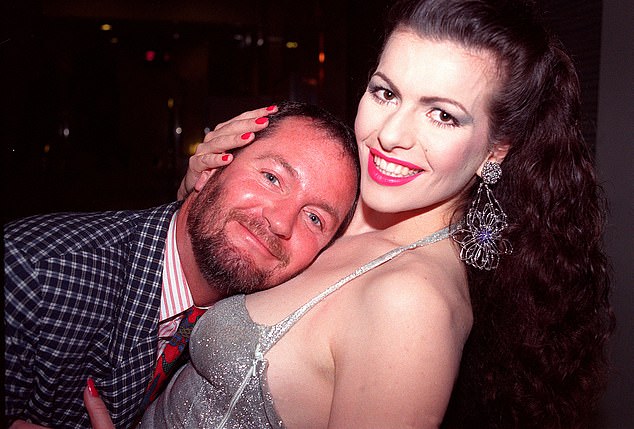 What is the most expensive thing you have ever bought for fun?

The freedom of some wild birds that were being sold in a market in Bali.

I was filming there in 2003 and spent £2,000 buying all the tiny little birds that had been taken from the wild and trapped in cages. There were literally hundreds of them. I hired several cars to take them as far away from the market as possible and then I set them free. Watching all these little birds fly out and sing as they took off was just fantastic. It gave me huge joy.

What is your biggest money mistake?

Not saving money for a large tax bill that I didn’t realise I would have to pay one year.

I’m a responsible person but when you’re self-employed, you have to pay tax in advance for the following year.

And that can easily go very wrong when you’re in the acting industry and your income isn’t as good one year. I ended up owing the taxman quite a lot. Enough for them to be cross with me: tens of thousands of pounds. As a result, I had to do Celebrity Big Brother in 2007.

I would never have gone on the show if I had not had that tax bill. But I did lose weight there which was fabulous.

Everyone was touching food without washing their hands, so I just ate oats.

The best money decision you have made?

Investing in my own business. In 2011, I spent 11 months in Mexico with a master blender creating my own tequila brand, AquaRiva, which is now sold all over the world.

I also have my own organic agave syrup which is in Waitrose and Tesco. It means I get to party a lot. But because my tequila is so clean and delicious, one wakes up feeling fabulous the next day.

Do you save into a pension or invest in the stock market?

No, I don’t. I like to be able to access my money. I don’t want to lock it away or put it in the hands of a financial adviser.

I’m not greedy and I see investing in the stock market as a lot like gambling or a sort of pyramid scheme.

How can something be worth something one minute and then nothing the next? I know technically it can, but the idea makes me nervous. There’s no real value to any of it. 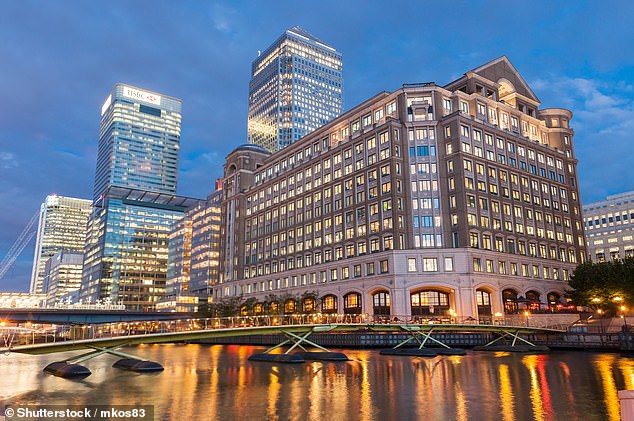 Cleo rents a home in Canary Wharf with my mother

Do you own any property?

No, I rent a home in Canary Wharf with my mother, who is fabulous. I don’t want to give away her age but she’s passed her 90th birthday.

Normally, we have regular cocktail parties with wonderful people floating through in exciting outfits. But at the moment, that’s not happening, obviously.

I love renting. I love feeling that at any moment, I could decide I want to go and live somewhere else, and go. I love the freedom. What I can’t bear is ever feeling trapped by anything. Renting suits me very well.

What is the one little luxury you treat yourself to?

Getting my hair cut at Richard Ward salon, in Sloane Square, two or three times a year. You go in there and you feel as though you’ve been on holiday, and the haircuts are so good they last months.

They have the most unbelievable clients. You might be sitting next to Michael Caine or the Duchess of Cambridge but it’s so jolly, everyone in there is just being themselves.

It can cost a few hundred pounds for a haircut and colour, but it is so worth it. It’s like going to a lovely private members’ club.

If you were Chancellor what would you do?

If new businesses are going to flourish and employ more people, they need the chance to properly get off the ground and the Government needs to play a part in that.

What is your number one financial priority?

To keep a roof over my head in the future, or maybe get a yacht to sail on.

But I’m not thinking about my retirement. Retiring is not something I ever intend to do. I’m not intending to ever get old either. I don’t deal in years, I deal in degrees of fabulousness.

Digital daan is becoming the new way to give

Family-of-three transform their 1920s home into a coastal oasis