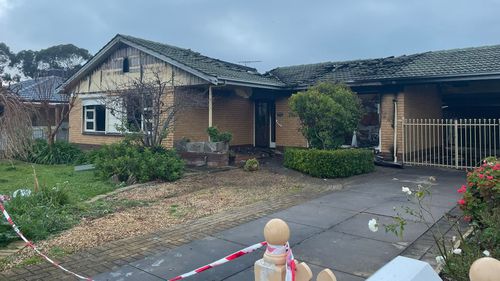 An elderly grandfather has died in a tragic house fire in Adelaide’s northern suburbs overnight.

Emergency services were called to the property on Nalpa Street in Pooraka at 1.30am this morning.

Neighbours said they were alerted by the sound of breaking glass, but said there was nothing they could do.

When police arrived, they found the home fully engulfed in flames.

Shortly after, crews found the body of an 89-year-old man, believed to be the occupant.

Neighbours have described the man, who lived on the street for more than a decade, as a “really nice” person.

“He was really nice and I would always see him in the morning and he would say hi,” Sandra Krzywda said.

“The whole house was in flames and there was nothing anyone could have done.”

The circumstances surrounding the incident are not believed to be suspicious and police said will be preparing a report for the coroner.