California is due for massive flood that could swamp Los Angeles, new study says

Climate change is putting Californians at risk of a massive flood that would cost $1 trillion in damage, displace millions of residents and submerge parts of Los Angeles and Sacramento, according to a new study.

Researchers with University of California Los Angeles found that climate change is doubling the chances of biblical flooding to occur in The Golden State.

And with each degree the Earth is warming, the odds and size of the next megaflood ‘is bigger in almost every respect,’ Daniel Swain, a UCLA climate scientist and co-author of the study, said in a statement.

In fact, the UCLA scientists found, an extreme monthlong storm  — like the one that drowned Sacramento and inundated modern Los Angeles in 1862 — could bring several feet of rain to hundreds of miles of California.

Some cities may even experience more than 100 inches of rain, the study published Friday in the Science Advances journal says, displacing 5 to 10 million people, cutting off the state’s freeways for weeks or even a month and causing worldwide economic damage. 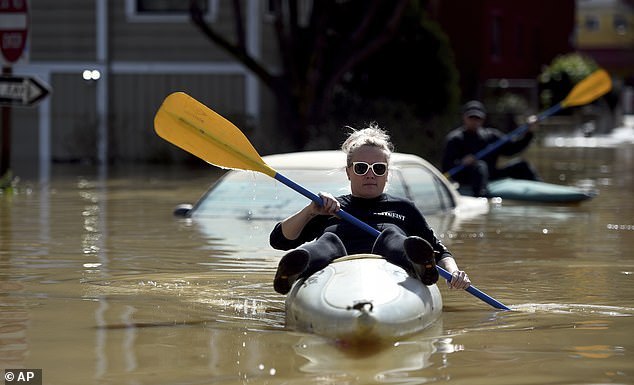 A woman kayaked down flood waters after a local river overflowed in Guerneville, California in February 2019 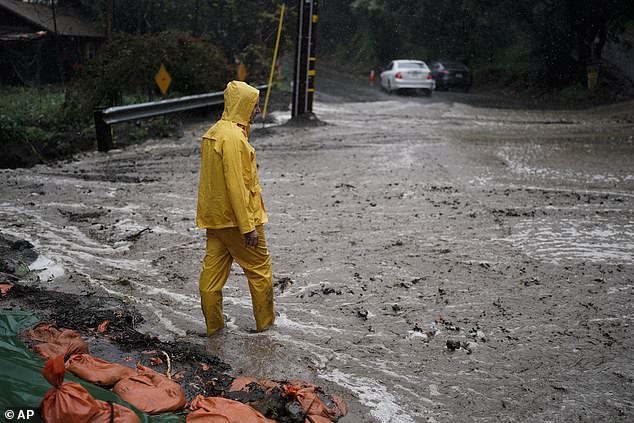 A resident stands in a flooded road during a massive late-season rain storm earlier this year in Silverado Canyon, California 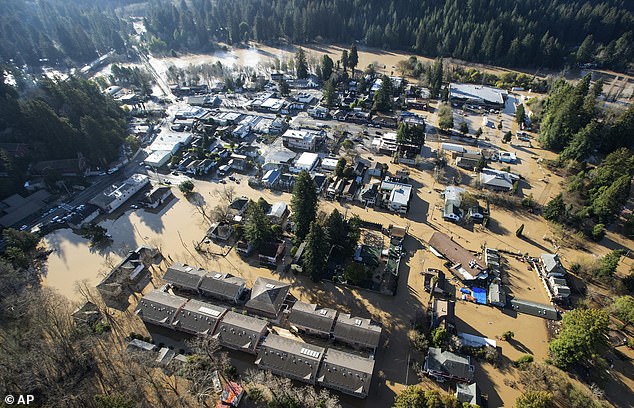 Floodwaters from the Russian River partially submerged properties in Guerneville in 2019. Scientists now say even more massive flooding could be possible due to climate change

California has faced such massive flooding every century or two over the past millennia, and in 1862, before the state invested in flood mitigation technologies, a Great Flood stretched up to 300 miles long and 60 miles across.

In 2010, scientists looked into the possibility of that happening again.

This new study now expands upon that ARkStorm scenario, named after the ‘atmospheric rivers’ of moisture that could fuel a flood of biblical proportions, to take into account the effects of climate change.

They used high resolution weather models and existing climate models to compare two scenarios: One that would occur once in a century based on the historical climate of recent decades, and another in the projected climate of 2081 to 2100.

In both cases, the researchers found, a long series of storms fueled by these atmospheric rivers — which extend thousands of miles from the tropics to the western United States — could cause massive damage.

Past studies have shown that climate change will make these atmospheric rivers warmer, leading to more intense and more frequent storms.

As a result, a flood like the one that occurred in 1862 would leave ‘parts of cities such as Sacramento, Fresno and Los Angeles… under water even with today’s extensive collection of reservoirs, levees and bypasses,’ the study found.

‘It is estimated that it would be a $1 trillion disaster, larger than any in world history.’ 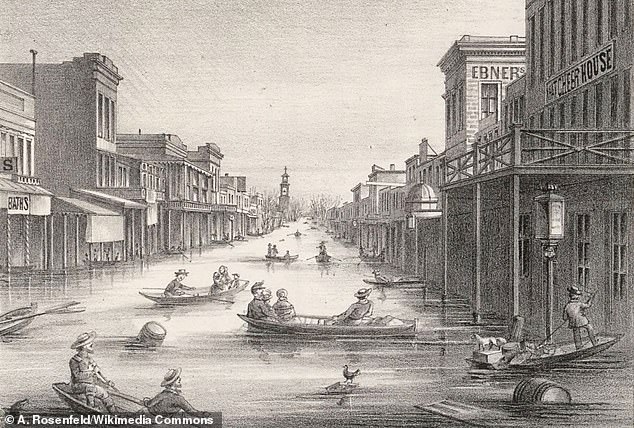 An illustration shows the extent of the Great Flood of 1862, which stretched up to 300 miles long and 60 miles across. Scientists worry such a flood could happen again in the future 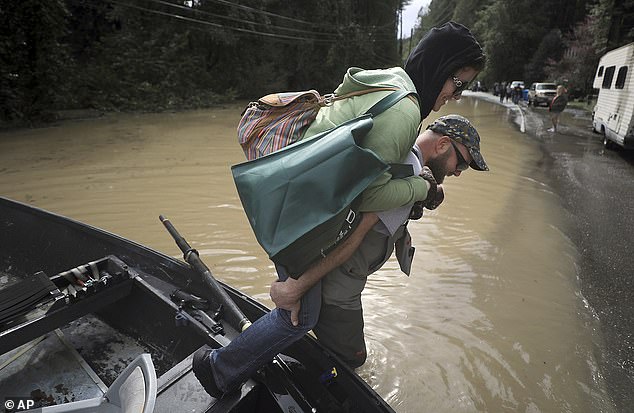 Scott Heemstra takes Veronica Burdette out of a flooded highway after a rain-swollen river overflowed its banks in Guerneville. Researchers now say that a massive storm could cut off the state’s freeways for a month and lead to worldwide economic damage 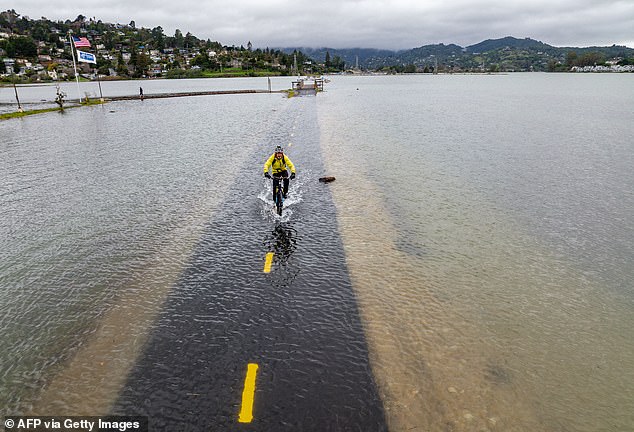 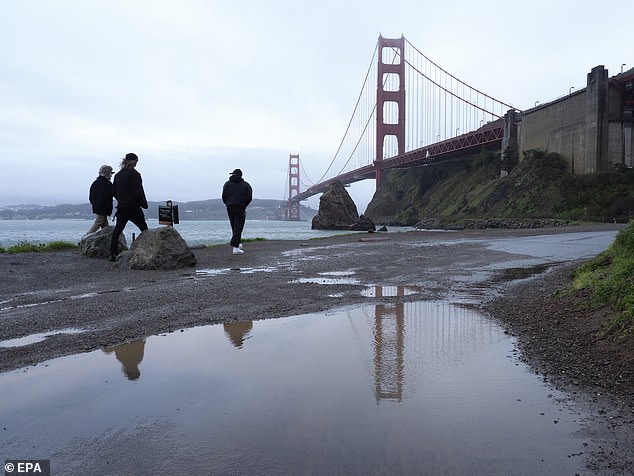 Even more disturbing, the first ARkStorm study found that it would not be possible to evacuate the 5 to 10 million people who live in these areas, even with weeks of notice from meteorologists and climatologists.

Now, researchers and state officials are hoping to use the data from this new study to figure out how they could respond to such a massive storm.

They plan to map out where flooding could be the worst and test out advanced flood simulations supported by the California Department of Water Resources, the California Office of Emergency Services and the Federal Emergency Management Agency.

The researchers and the state would then use that information to inform plans to mitigate such a devastating storm. That could mean letting water out of reservoirs preemptively, allowing the floodwater to inundate dedicated floodplains and diverting water away from dense populations.

‘The department will use this report to identify the risks, seek resources, support the Central Valley Flood Protection Plan, and help educate all Californians so we can understand the risk of flooding in our communities and be prepared,’  said Karla Nemeth, director of the California Department of Water Resources.

Lambrook school fees: The prep school near Ascot that Royals Charlotte, George and Louis will go to