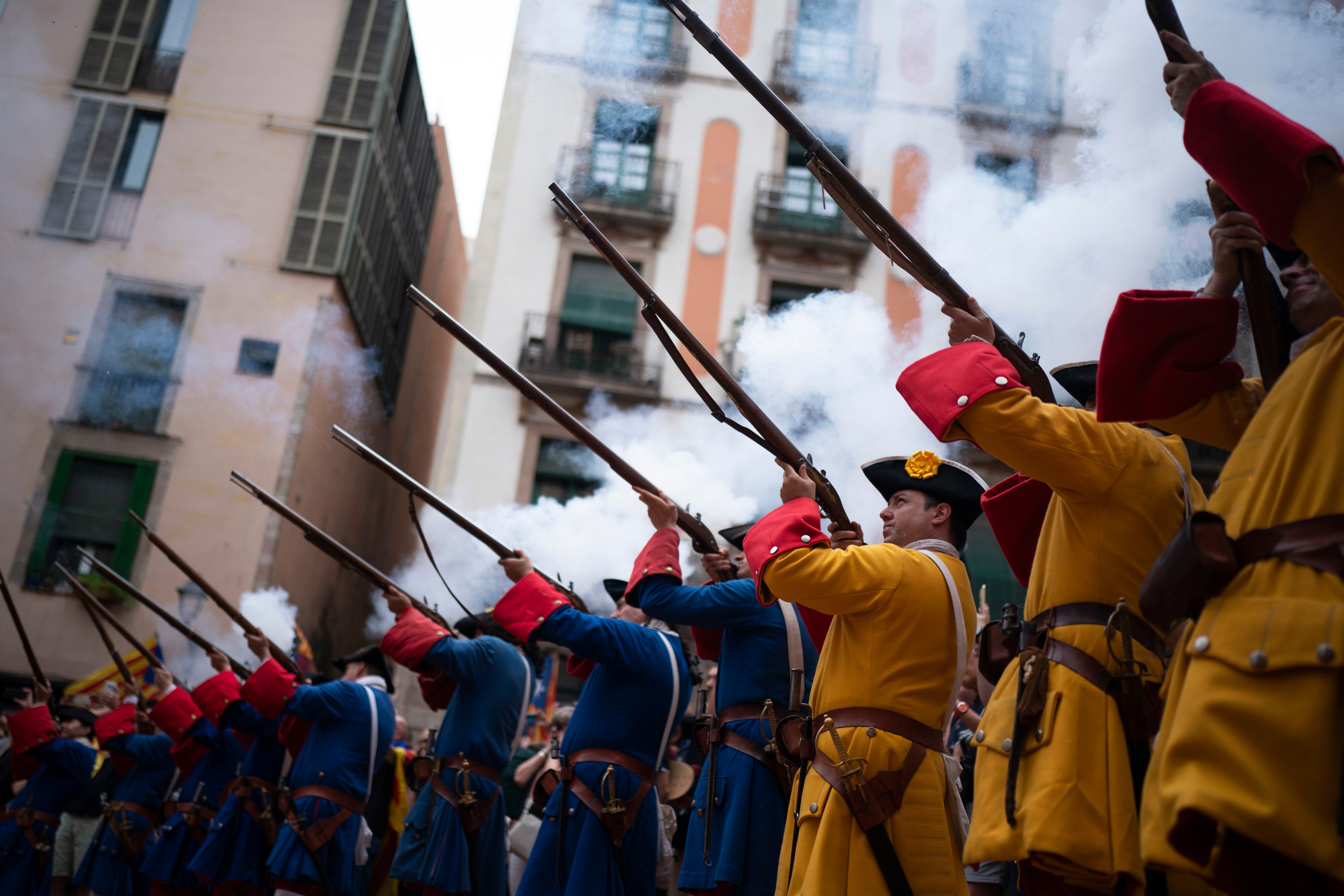 BARCELONA – Over a 100,000 Catalan separatists rallied in Barcelona on Sunday in an attempt to reignite the independence movement that is fraying as it nears the five-year anniversary of its failed breakaway bid from Spain.

For the past decade, the Sept. 11 rally held on Catalonia’s main holiday has been the focal point of the northeast region’s separatist movement. It has drawn in several hundreds of thousands of people clamoring to create a new country in this western Mediterranean province.

But the unity between pro-independence political parties and the civil society groups that led the October 2017 independence push, which received no international support and was quickly quashed, is in danger of falling apart due to conflicting views on how to go forward.

The Catalan National Assembly (ANC), a civil group that organizes Sunday’s march, is strongly opposed to the talks that the Catalan government is holding with Spain’s central government in Madrid. The influential organization says it has lost faith in political parties and is ready to move on without them toward a new attempt at breaking with Spain.

That led Catalonia’s regional president, Pere Aragonès, to announce that he will be the first Catalan president to not attend the annual march.

Dolors Feliu, the president of ANC, told The Associated Press that she hopes Sunday’s rally will serve as a wake-up call for Aragonès to cease negotiations with the central government.

Feliu told the huge crowd in downtown Barcelona that “this rally has put the fear,” presumably, in the separatist parties.

Aragonès did participate in other events on the holiday, but other members of his Republican Left of Catalonia party endured jeers of “Traitors!” from spectators when they made the traditional offering of flowers at a monument to a Catalan nationalist in Barcelona.

“Let’s not mistake who our real opponent is: the Spanish state,” said Marta Vilalta, spokeswoman for Aragonès party. “Enough of criticism and anything that divides us.”

Aragonès defends the talks with the government of Spanish Prime Minister Pedro Sánchez as vital. He insists that he won’t renounce his pledge to hold another referendum on independence, but said the talks are crucial to finding solutions for the dozens of Catalans in legal trouble for their role in the 2017 breakaway bid that was ruled illegal by Spanish courts.

Coinciding with the talks, Spain’s government issued pardons last year for nine Catalan separatist leaders who had been sentenced to long prison terms for leading the 2017 bid.

The infighting threatening Catalonia’s separatist cause comes while Scotland is seeking to hold a second independence referendum after the “No” vote won in 2014.

Catalan separatist parties won 52% of the vote last year and maintained their hold on the regional parliament, but after years of extreme tensions and protests that turned violent in 2019, many people, especially the roughly half of Catalans who want to remain a part of Spain, are relieved that there is a dialogue with central authorities.

There are divisions also between the separatist political parties that form Catalonia’s government. The junior member of Aragonès’ government shares the ANC’s skepticism of the talks with Madrid. Its leadership has publicly talked about leaving the government unless there is a stronger plan of action to force independence.

Historian Enric Ucelay-Da Cal, author of several books on Catalonia and its separatist movement, says this marks the low point of the current push.

“I think the whole movement is out on a limb,” Ucelay-Da Cal told the AP. “I don’t see the association movement being able to lead any better than the parties have done, because none of them are facing the real facts. They are not sizing up who they are. They are saying ‘we are everybody.’”

He said the movement’s splintering is “just a hangover: you had the party and it didn’t work out.”

Water companies shed greater than a TRILLION litres in 2014 as a result of leaking pipelines, numbers disclose