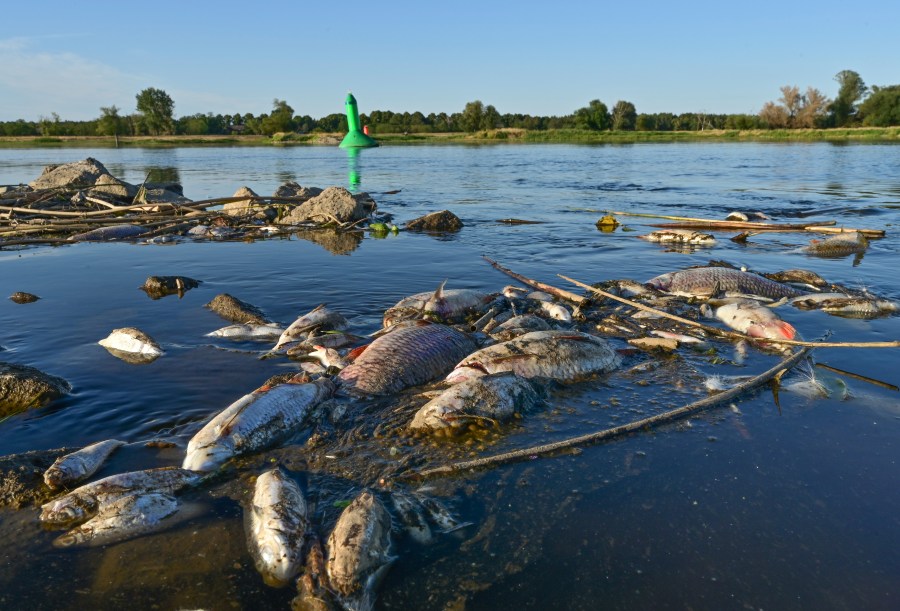 WARSAW, Poland (AP) — Germany’s environment minister said the mass die-off of fish in the Oder River is an ecological catastrophe and it isn’t clear yet how long it will take the river to recover.

Steffi Lemke spoke Sunday at a news conference alongside her Polish counterpart, Anna Moskwa, after a meeting in Szczecin, a Polish city on the Oder River.

The Oder runs from Czechia to the border between Poland and Germany before flowing into the Baltic Sea. Ten tons of dead fish were removed from it last week, but Mokswa said the cause of the mass die-off still has not yet been determined.

“So far, at least 150 samples of water from the Oder River have been tested. None of the studies have confirmed the presence of toxic substances. At the same time, we are testing fish. No mercury or other heavy metals have been found in them,” she said.

She said some Oder water samples were being sent to foreign laboratories to be tested for about 300 substances.

Both ministers said they were focused now on doing what they can to limit the damage to the river’s ecosystem.

Lemke suggested that German authorities were not alerted quickly enough after dead fish were detected in Poland and said communications between the two countries should be improved.

Yankees in desperate need of jolt as feeble slide continues

California is due for massive flood that could swamp Los Angeles, new study says