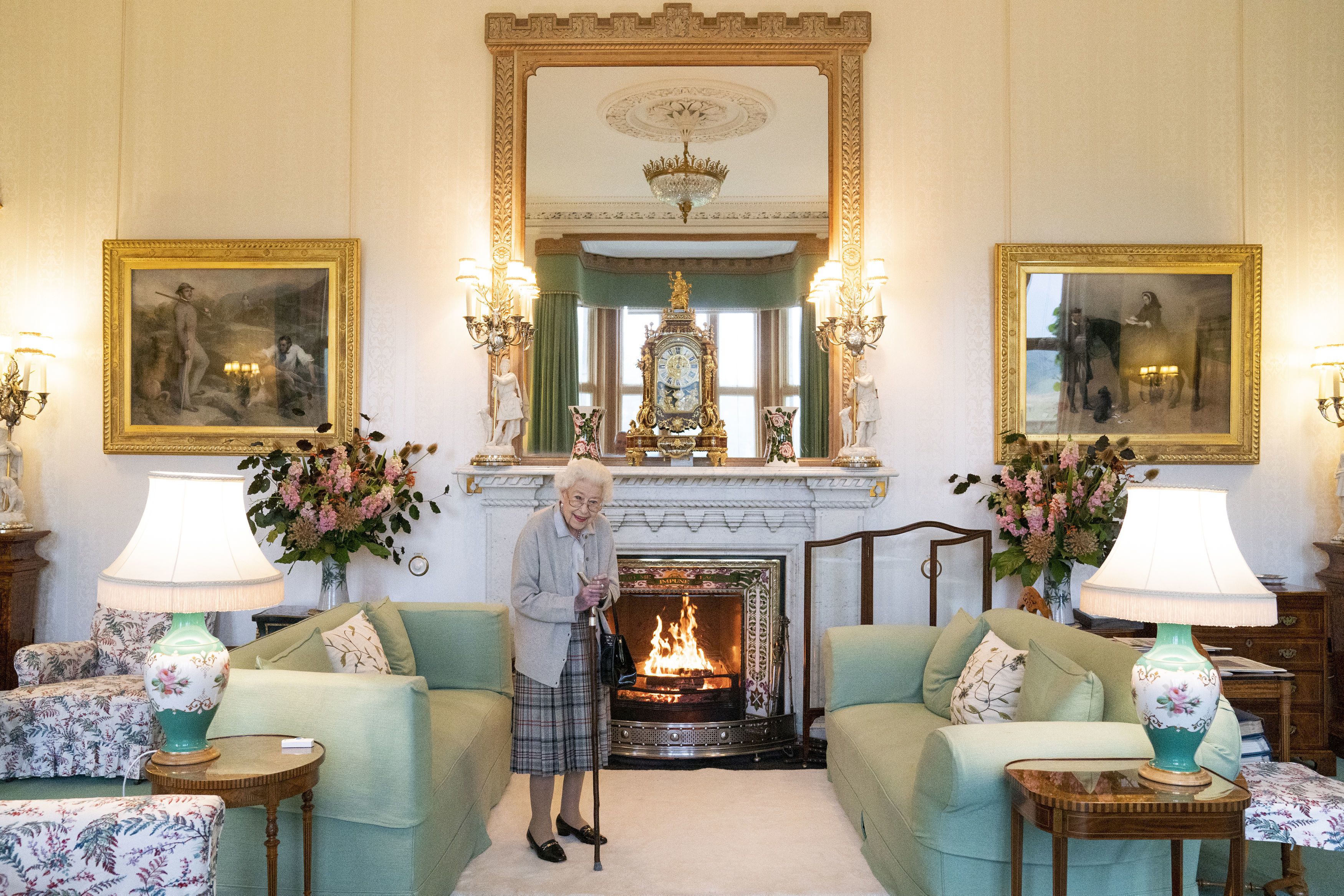 LONDON – When the hearse carrying Queen Elizabeth II’s body pulled out of the gates of Balmoral Castle on Sunday, it marked the monarch’s final departure from a personal sanctuary where she could shed the straitjacket of protocol and ceremony for a few weeks every year.

The sprawling estate in the Scottish Highlands west of Aberdeen was a place where Elizabeth rode her beloved horses, picnicked, and pushed her children around the grounds on tricycles and wagons, setting aside the formality of Buckingham Palace.

“When … she goes through those (Balmoral) gates, I believe the royal part of her stays mostly outside,’’ said the Rev. David Barr, of Glenmuick Church in nearby Ballater. “And as she goes in, she was able to be a wife, a loving wife, a loving mum, a loving gran and then later on a loving great gran — and aunty — and be normal.’’

It was a transformation that took place every summer, when the royal family would spend much of August and September at the estate that has been a royal bolt-hole since 1852, when Prince Albert bought it for his wife, Queen Victoria.

Balmoral is the family’s “private wilderness,” where a fleet of immaculate Land Rovers would pick up guests each morning during the shooting and stalking season, Jonathan Dimbleby wrote in his 1994 biography of Prince Charles, who became King Charles III upon his mother’s death.

But there were other attractions, too.

“In the stables, the Queen’s horses were again at the ready, coats groomed, saddles and bridles soaped and stirrups polished,’’ Dimbleby wrote. “The household servants, trained in discretion, appeared only when required, aware that to be seen or heard without a purpose would be to intrude.”

At Balmoral, a woman most remembered for being clad in robes and crowns or grandmotherly dresses and wide-brimmed hats could tie a scarf around her head, snuggle into a warm jacket and tug on a pair of boots to explore a domain covered with heather and pine forests and populated by deer, bees and butterflies.

That sense of informality could bring out the queen’s mischievous side.

A former royal protection officer, Richard Griffin, remembered accompanying the queen on a picnic when they met two American hikers. The tourists didn’t recognize Elizabeth and asked how long she had been visiting the area. When she replied “over 80 years,” they asked if she had ever met the queen.

“As quick as a flash she says, ‘Well, I haven’t, but Dickie here meets her regularly’,” Griffin told Sky News earlier this year during events marking the monarch’s 70 years on the throne.

One of the hikers then turned to Griffin and asked what the queen was like. He replied: “She can be very cantankerous at times, but she’s got a lovely sense of humor.”

After posing for a picture with the queen, the unsuspecting hikers waved good-bye and they continued their trek.

“And then Her Majesty said to me, ‘I’d love to be a fly on the wall when he shows those photographs to friends in America. Hopefully, someone tells him who I am,’” Griffin recalled.

The queen’s love of Balmoral underscored the royal family’s close links to Scotland, which began with her great, great-grandmother Queen Victoria, who began the royal tradition of wearing the tartan.

During the 2014 referendum on Scottish independence, the queen was said to be hoping for a “no” vote, though she couldn’t express her view publicly. Former Prime Minister David Cameron later confirmed this, telling how her husband, the late Prince Philip, sought to keep the peace at Balmoral by trying to hide the morning papers on the day a poll was published suggesting the Scots might vote in favor of leaving the U.K.

“But, of course, when she got the result he said that she purred like a cat with satisfaction when she heard her United Kingdom was going to remain united,” royal historian Robert Lacey told the BBC on Friday.

But at its heart, Balmoral was a family home for the queen.

Freed temporarily from the affairs of state, Elizabeth and Philip spent more time with their children while at Balmoral.

Home movies shared with the BBC for a documentary on the queen’s 90th birthday showed the couple playing with Charles and his sister, Anne, on the lawn outside Balmoral Castle, with Philip careening down a grassy slope on a little red wagon before toppling over, his kilt flying in the breeze.

In later years, Charles played ping-pong and football in the yard and was even allowed to cycle to the village shop by himself, albeit with a police officer trailing behind, Dimbleby wrote.

“Because apart from her love of that particular country, it was the countryside, the way it brought her into contact with nature,” he said.

For more AP coverage of the death of Queen Elizabeth II and Britain’s royal family: https://apnews.com/hub/queen-elizabeth-ii

Why really did not Scotland Yard share note on Princess Diana’s concern she would certainly pass away in a presented auto accident?

Jacksonville constable’s prospect T.K. Waters signed up to enact Nocatee. He does not live there.