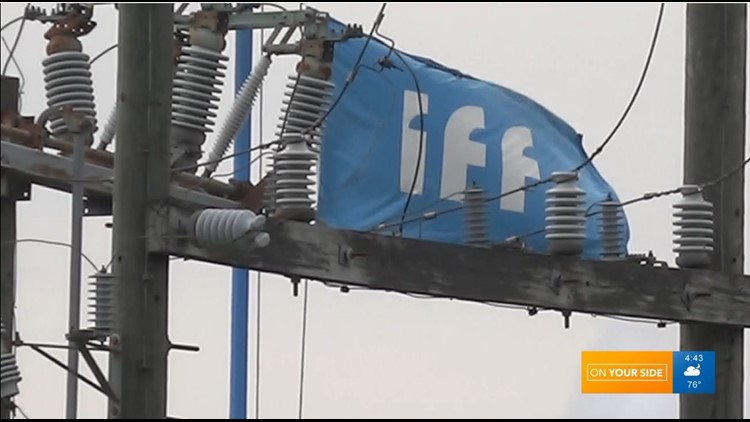 JACKSONVILLE, Fla — (Editor’s Note: The video above is from a previous report)

A company blamed for emitting what residents call a “vile” odor is seeking to dismiss a lawsuit brought by Murray Hill homeowners.

IFF Chemical Holdings Inc. operates a fragrance factory on Lane Avenue in Jacksonville. According to claims in a January 2022 lawsuit, the factory is responsible for smelly emissions residents say are damaging property values and destroying their quality of life.

The company denies it’s the source of the odor.

In its motion to dismiss, IFF attorneys say the nuisance claims are “legally insufficient” and the plaintiffs’ argument fails “to allege sufficient factual information,” relying on only the existence of the odor. It says that by labeling the odors a “public nuisance,” the homeowners undermine their claim of suffering a “special injury” that would entitle them to relief.

In response to the motion, attorneys for homeowners argue the company failed to provide a “sound basis to grant the extraordinary relief of dismissing” the lawsuit, particularly before the case enters the discovery phase – which would include depositions and data. They allege residents have “repeatedly been inundated by unbearable ‘noxious turpentine-line fumes’” produced by the factory.

The homeowners re-filed the class action lawsuit against IFF earlier this year after a similar lawsuit was tossed out by a federal judge. He determined the federal court didn’t have jurisdiction because the plaintiffs and the company are located in Florida.

The City of Jacksonville issued the company a cease-and-desist order in October 2021 but has taken no enforcement action since then.

In February, odor monitoring devices were installed as part of a city-funded study to conclusively determine the source of the odor. A city spokesperson says Environmental Quality Division Chief Melissa Long feels it’s too early in the year-long study to comment on the findings and declined an interview.

See the findings thus far from the odor study here.

“At this time, we don’t have a comment on the upcoming hearing” said Michael Munz, spokesman for IFF.

A hearing on the motion is set for Sept. 21.

2 skyscraper towers in India knocked down for going against legislations