California Gov. Gavin Newsom leveled his latest attack on Republican governors while at a climate meeting in New York on Tuesday.

“Those conservative governors out there, Greg Abbott and others, they’re as dumb as they want to be and they’re just doubling down on stupid, and we will not follow their path,” he said at the Clinton Global Initiative Meeting, according to KXTV in Sacramento.

The comment is just the most recent in a series of remarks aimed at conservative governors, leading to speculation Newsom could be running for president in 2024. 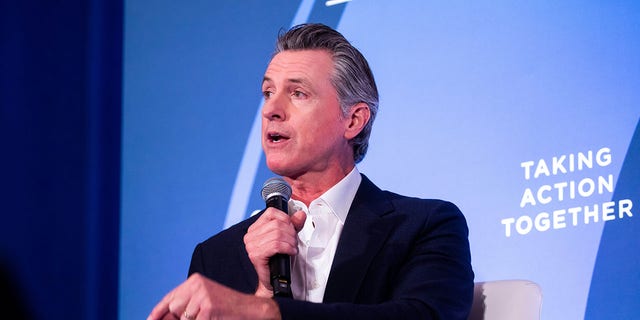 “Hey @GovRonDeSantis, clearly you’re struggling, distracted, and busy playing politics with people’s lives,” Newsom tweeted. “Since you have only one overriding need – attention – let’s take this up & debate. I’ll bring my hair gel. You bring your hairspray. Name the time before Election Day.”

Last week, DeSantis said that Newsom’s “hair gel is interfering with his brain function” after the California governor said he was calling for an investigation into DeSantis sending migrants to other cities.

Newsom made the debate offer after DeSantis sent two planeloads of mostly Venezuelan migrants to affluent Martha’s Vineyard as part of Republican border governors’ latest efforts to remind Democratic leaders of the issue at the border.

On Monday, DeSantis joked with Fox News host Sean Hannity, “I don’t know if [California] can reliably keep the power on” to have a debate.

“We’re happy with what we’re doing,” he added. “My actions speak louder than my words. There are certain people who will preen and do that, I understand. We get things done in Florida.” 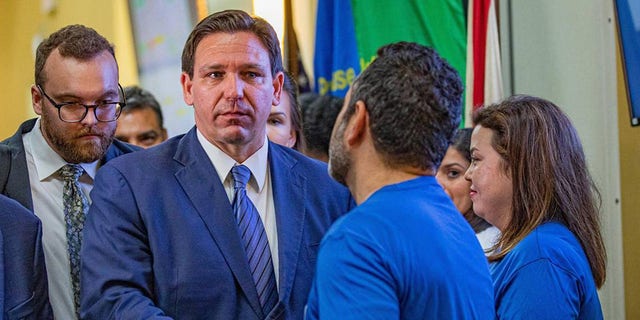 Earlier this month, Newsom donated $100,000 to DeSantis’ underdog Democratic opponent Charlie Crist and has run ads against DeSantis in Florida.

“I urge all of you living in Florida to join the fight, or join us in California, where we still believe in freedom — freedom of speech, freedom to choose, freedom from hate and the freedom to love,” Newsom said in an ad.

Newsom has also purchased billboards in seven Republican states, including in Texas where he left a pro-choice message that said “Texas doesn’t own your body, you do.” 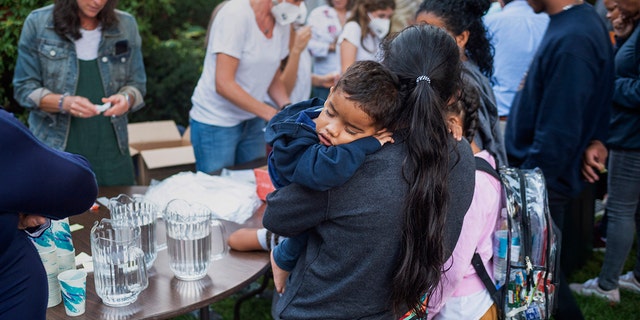 A woman, who is part of a group of immigrants that had just arrived, holds a child as they are fed outside St. Andrews Episcopal Church, Wednesday Sept. 14, 2022, in Edgartown, Mass., on Martha’s Vineyard.
(Ray Ewing/Vineyard Gazette via AP)

In a recent campaign email, Newsom said he was challenging GOP leaders because “I gotta sleep at night, and that means confronting people like Abbott and DeSantis,” KXTV reported.

He called them “cruel” and “bullies.”