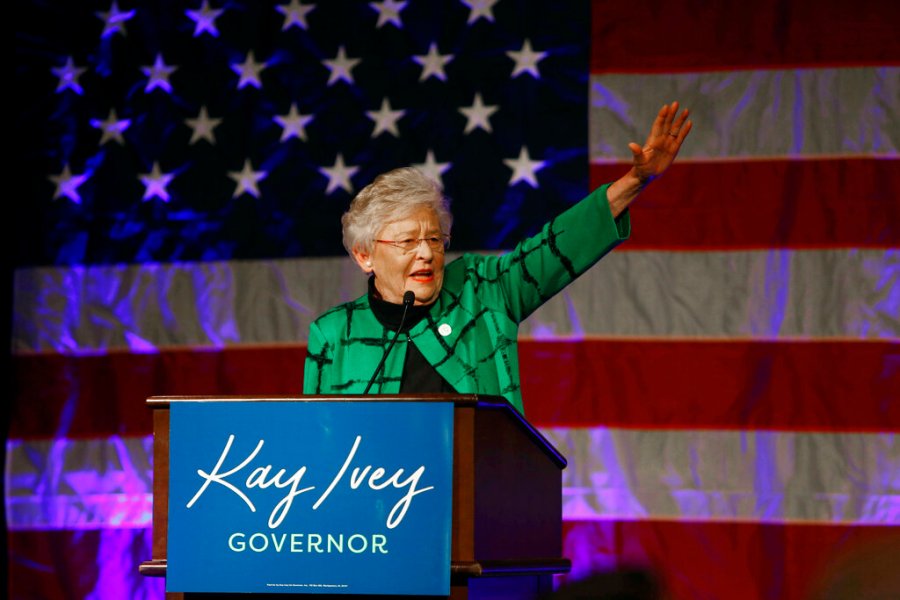 MONTGOMERY, Ala. (AP) — Alabama Gov. Kay Ivey’s office said Thursday that the 77-year-old governor remains “healthy and cancer-free” and dismissed rumors that she is having health issues.

“While I did not want to give any credibility to these bogus rumors, I do want to be sure to clear the air and set the record straight. Governor Ivey is doing great, and she continues to thank the Good Lord for keeping her healthy and cancer-free. We look forward to her leading the state of Alabama for years to come,” Maiola said.

Maiola told The Associated Press that the governor’s last public appearance was last week at an Aug. 2 groundbreaking ceremony in Prattville for the expansion of a fiber cement siding manufacturer. Ivey spoke at the event.

The governor’s office did not immediately respond to questions asking about Ivey’s upcoming schedule, whereabouts this week and whether she had been in the hospital in the past four weeks.

“We will continue keeping you all updated on the governor’s public appearances and any other pertinent information,” Maiola responded in an email.

The Republican governor announced in 2019 that she had been diagnosed with early stage lung cancer and would undergo radiation treatments. She announced in 2020 that the cancer appeared to be gone and that her doctor considered her cancer-free.

Ivey is up for reelection in November after defeating a slate of primary challengers this spring. One of the oldest governors in state history, she faced thinly veiled accusations about her age and health during her 2018 gubernatorial race, with opponents challenging each to release health records publicly, but Ivey easily won the race.

Prominent Taliban cleric is killed in Afghanistan by attacker with explosives in artificial leg, sources say

Elvis Hated This Food So Much He Banned It From Graceland