London’s Oxford St. is overrun with American candy stores. Why? 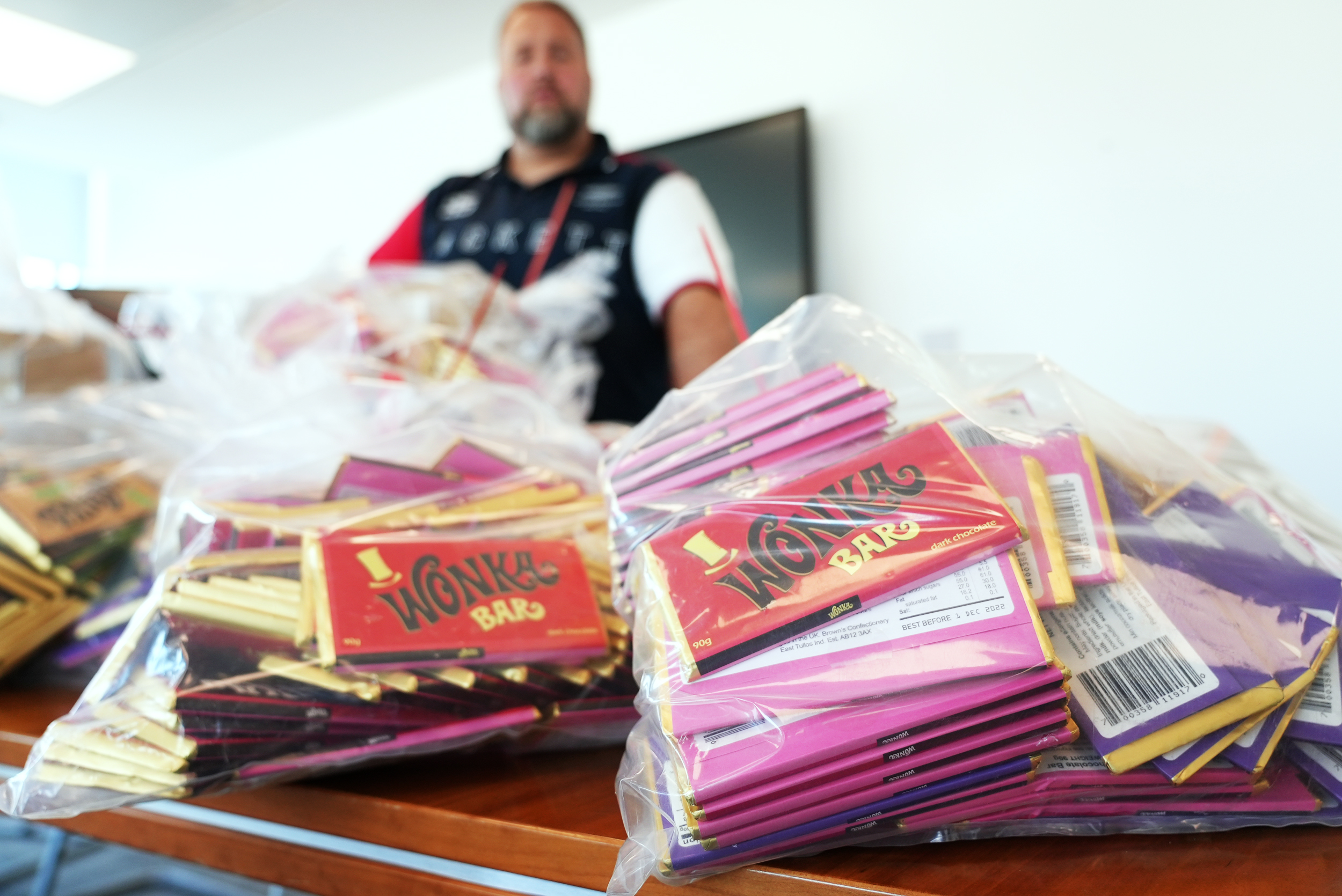 NBC News interviewed more than a dozen customers of these stores who had similar stories. Many also reported that their candy was past its “best before” date.

Getting answers from the shops’ owners isn’t easy. It’s even difficult to nail down who owns Candy World to ask them about authorities’ allegations and consumer rage.

The company’s official name is Lawi Ltd.,” according to scant public records information confirmed by its lawyers. Lawi has moved its registered address three times in as many months, starting at a former Adidas store, where in 2021 it ran American Candy Land, and finally earlier this month to the northwest London suburb of Harrow.

This address is a peeling postwar apartment block, with car-garage stickers plastering its grimy buzzer and a busted front door that swings open on its own. The entrance is squeezed between a realtor and a peri peri chicken restaurant. Inside, a polite woman answered an unmarked apartment door and revealed this is the offices of Vinnyross and Co. — Lawi’s lawyers.

She said to call back later when the manager is in. When NBC News did so, the manager said, “Yes, they are the candy company, but we don’t want anything to do with this,” before hanging up.

Down the road in Greenford, another northwest suburb, NBC News cross-referenced public records to find the home of Lawi’s director, Ahmad Kader. Answering the door in shorts and a baseball cap was a person who said their name was “Ali,” Kader’s cousin. Kader was on vacation, he added — destination and return date unknown.

NBC News has not received a response to questions handed to Ali, the lawyers or storefront staff.

The Candy World building itself is technically owned by the City of London, a medieval authority covering the capital’s financial district, accused by critics of being opaque and unaccountable. In 1923, it sold the property on a 2,000-year lease, effectively relinquishing all responsibility. In 2008, that leasehold was bought for 40 million pounds by a Hong Kong firm called Glory Step Investments, domiciled in the British Virgin Islands, a tax haven.

By cross-referencing Hong Kong public records with other public documents, NBC News found its three directors are relatives of Shek Kam Fai, a billionaire gaming parlor tycoon known as “the king of mahjong parlors.” There is no evidence Shek or his family has a financial interest in the candy stores.

Buying the Oxford Street building was a shrewd investment. The family acquired this prime chunk of Western downtown real estate just when the market was in its post-financial-crisis nadir. Central London commercial real estate has since appreciated 117%, according to MSCI, a financial company headquartered in New York.

Glory Step Investments’ lawyers have not responded to a request for comment on whether it is aware of the allegations against Candy World, or whether it deals with the store directly.

It’s unclear how much involvement Glory Step Investments has with the building.

Its leasing agent, global property giant Savills, has advised the Hong Kong firm “of the concerns” about the candy stores, Savills spokesperson Victoria Buchanan said in an email, adding that Savills is “seeking a long-term tenant.”

However, both Savills and Montagu Evans, the building’s managing agent, said they don’t deal with Candy World itself. It’s unlikely Glory Step Investments would either; there are usually middlemen in these chains, but those don’t show up on the register if the contract is less than seven years, according to the Land Registry, the government’s official property register.

The landlord-sympathetic view is that taxes are so high if these buildings are left empty that owners can’t hang around waiting for a better-quality tenant. Even if that were true, it still leaves unanswered questions. Namely, what’s in it for the candy companies themselves?

“It’s pretty poor-quality money laundering, if that’s what it is,” said Neidle, formerly of Clifford Chance and now founder of the nonprofit Tax Policy Associates Ltd. For one, the stores always seem devoid of actual customers, and criminal enterprises “don’t tend to launder money right on a high street in public view,” he said.

The council has never publicly said it’s investigating the stores for money laundering. One of the allegations it has leveled directly, however, is that of selling fake Wonka bars.

Italian confectioner Ferrero owns that brand but doesn’t currently produce them. The bars that flooded Oxford Street were instead wrapped in a label that’s sold online as party favors on Amazon and Etsy. Ferrero did not return a request for comment on the fact that counterfeit chocolate under their brand was being sold.

Wrapping cheap chocolate in Wonka labels was the M.O. of Nathan Bennett, 33, a candy store owner from Barnsley, northern England. He pleaded guilty and was prosecuted earlier this year, given a suspended prison sentence and made to pay 3,700 pounds.

Man United: Erik ten Hag ‘has changed his mind on Cristiano Ronaldo and is open to letting him go’

US Treasury says request for Hunter Biden records must come from Dem-led committee, not Republicans