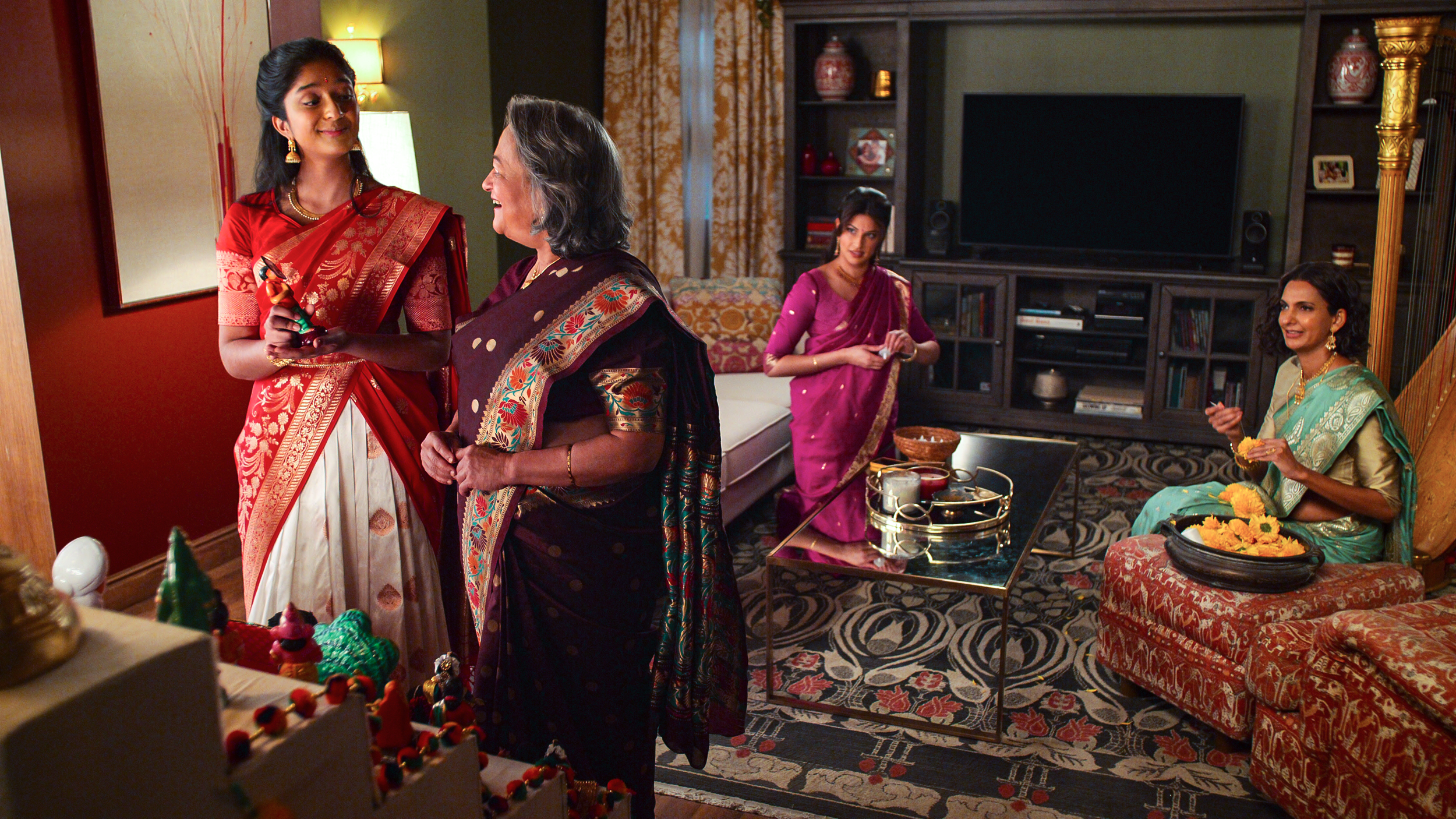 Much of the anticipation for season three of Netflix’s “Never Have I Ever” has come from viewers waiting to see what happened with the show’s thrilling love triangle. But the new season proves the show’s power is far stronger and more universal than merely teen pheromones.

In its first season, the teen dramedy followed Indian American teenager Devi (Maitreyi Ramakrishnan) as she struggled with her father’s sudden death, navigated the unique horrors of high school and balanced life straddling two cultures. “Never Have I Ever” expertly mixed difficult emotions such as grief and self-acceptance with distinct humor, which elevated the show beyond its status as a teen show.

“Never Have I Ever” expertly mixed difficult emotions such as grief and self-acceptance with distinct humor, which elevated the show beyond its status as a teen show.

As producer and actor Mindy Kaling’s brainchild, “Never Have I Ever” places South Asian American women and the rich culture Kaling herself grew up in front and center. And while the portrayal of South Asian immigrant culture in America is part of the show’s charm, its strength is that the overarching themes can resonate with all sorts of people of color across different diasporas.

Devi is a self-proclaimed nerd with a fervent boy obsession and an overbearing immigrant mother, Nalini (Poorna Jagannathan), who doesn’t allow dating. Meanwhile, Devi’s cousin Kamala (Richa Moorjani) — who lives with them — is a doctoral biology student who literally ran away from the proposal dinner for her arranged marriage, much to the dismay of her traditionalist grandma Nirmala (Ranjita Chakravarty).

As a Latina, I watched the first two seasons and couldn’t help but draw parallels between my Chilean American upbringing and Devi’s Desi American one. Feeling torn between two cultures? Check. Getting embarrassed by my immigrant family and cultural customs? Been there. Having stern matriarchal family members? For sure.

While I cannot relate to all of the nuances in “Never Have I Ever” because I don’t have a South Asian background, it feels like parts of my story are playing out on screen.

Within the first episode of season three, I was back to drawing parallels between South Asian American and Latino American cultures. Devi is finally dating the heartthrob guy of her dreams, Paxton Hall-Yoshida (Darren Barnet), but she soon realizes it’s not all it’s chalked up to be. The mean girls at Sherman Oaks High School slut-shame Devi to make sense of their pairing.

It feels more than comforting to watch “Never Have I Ever” and be able to see someone — even if it’s a fictional character — tell my story.

“Some girls said that I must be a slut for Paxton to like me — and not slut, like, in the cool, affectionate way gay men say it on reality shows!” Devi confesses to her therapist in a hilarious moment of raw honesty. But it’s not so funny how it’s true beyond Sherman Oaks High’s fictional world. In between jokes like this one, “Never Have I Ever” communicates the othering that women of color from non-Western backgrounds often face in predominantly white American high schools.

Devi’s love life might be the focus of season three, but it is Kamala’s storyline that really spotlights the show’s multicultural reach. Kamala realizes she doesn’t want to let her family or culture dictate her romantic life. But with immigrant families, that’s nearly impossible.

As I watched Kamala fight with her tiny and tough grandma over shaming and disgracing her family by going against tradition, I saw my own grandma saying the same words with the same ferocity. I watched their relationship strain when they disagreed over Kamala’s new boyfriend because he “isn’t Indian enough” and was reminded of my own cultural clashes with my grandma over my choice to date a white American guy.

It feels more than comforting to watch “Never Have I Ever” and be able to see someone — even if it’s a fictional character — tell my story. It’s a reminder that I’m not alone in having lived through these scenarios that can easily make me feel isolated amongst white American friends.

On its face, “Never Have I Ever” might seem like a trivial teen show crowding up the Netflix queue with others just like it, but there’s more than meets the eye. It’s a tale of self-acceptance that can resonate with all the girls of color who feel like they’re too much (or not enough) for the world.