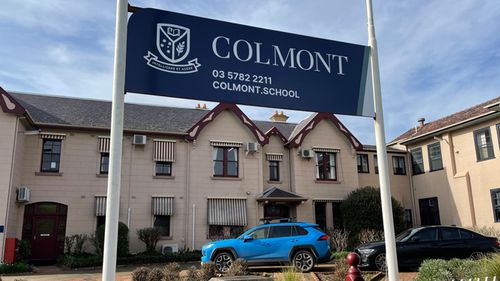 The administrator of the Colmont School, Cor Cordis, has announced that some of the school’s Year 12 students will be starting at other schools on Monday, while the rest will be able to enroll at Ivanhoe Grammar School.

“We are pleased that all Year 12 students and their teachers will have the opportunity to enrol at Ivanhoe Grammar School,” Cor Cordis’ Rachel Burdett has said via statement.

“The school has been incredibly supportive and will ensure all new students have a buddy to make the transition easier during this time.”

The senior students’ futures had been in limbo since July 27, when the private school announced it would be closing down.

The administrators arranged for classes for senior students to continue until they could find places at new schools.

As one of the state’s few International Baccalaureate World Schools, and being located in regional Victoria, the closure of the Colmont School left students with limited options about where they could continue to get a similar education.

Ivanhoe Grammar School is also an International Baccalaureate World School, but it is located about 60km away from the Colmont School, in Melbourne’s north east.

In the statement released on Friday afternoon, Burdett further said the process of moving the boarding school’s international Year 11 and 12 students was expected to be finished by next week.

The Colmont School’s landlord has agreed to provide free rent until the end of September to allow the school’s boarders to have accommodation until they move schools, and to allow the administration process to continue, according to Cor Cordis.

Cor Cordis further said its team was continuing to work to see whether “there is a longer term position for the company”.

“Our priority is and always has been to ensure the students and the community is looked after. The next few weeks will involve detailed investigations and reviewing any forthcoming proposals,” Burdett said.

Students and parents have made desperate calls for the school to reopen.

Some protested outside the school and on the steps of state parliament after the school’s closure, calling for the state government’s help to save their school.

Masks Not Effective in Stopping the Spread of Covid – RedState